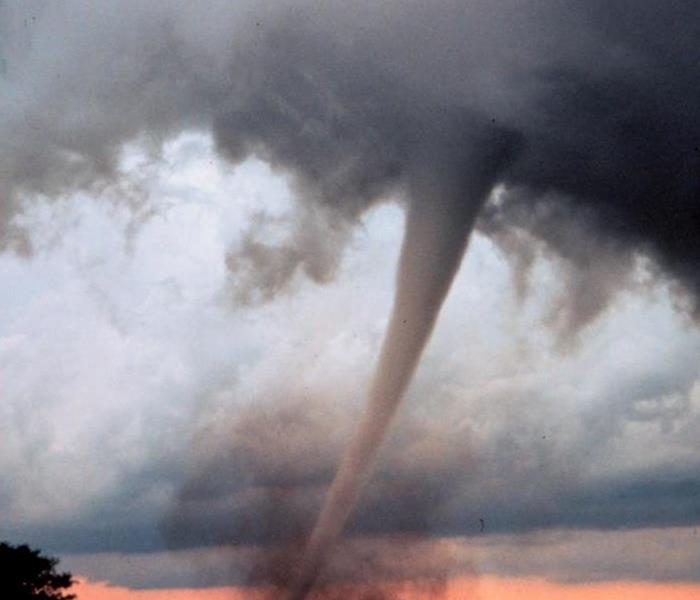 Dayton Ohio tornado causing damage to everything in its path.

In 2019, approximately 49 tornadoes occurred in the state of Ohio. Compared to earlier years, 2016 was relatively quiet but still resulted in 24 tornadoes and over a million dollars in damage, according to OCSWA. Even if you don't live in a high-risk Ohio city like Beavercreek or Xenia, intense and violent tornadoes do occur. Depending on the type of tornado twister, you could have serious repercussions spinning your way.

Look out for Warnings

Tornadoes typically form when there are different speeds of wind at different altitudes. Tornadoes create a horizontal rotating column of air, also known as a supercell. When a supercell picks up enough condensation, it will form a funnel. When the National Severe Storms Laboratory alerts that a tornado watch is in effect, then you can guarantee that a tornado funnel has touched down within 250 miles. When a Beavercreek resident is issued a warning, serious precautions need to occur because there is a severe threat to your home and anyone in it.

What is Tornado EF?

Ohio residents have heard the term EF every time a tornado warning occurs. For those who are not aware, EF stands for Enhanced Fujita Scale, which was officially applied by the National Weather Service in 2007. The EF scale is a more accurate assessment of a tornado's characteristics than what the original Fujita Scale (F-Scale) stated. The current EF scale model designates wind speed ranges based on 28 damage indicators, including different structures and building types.

Each damage indicator has eight levels of damage:

An EF-0 category tornado will most likely only produce relatively light damages to Beavercreek residents. EF-0 winds are still strong and will most likely produce small cracks to your home's structure. In your yard, there will be broken branches and fallen twigs. In some cases, you will see bent road signs.

When an EF 1 category tornado touches down, you can expect winds anywhere from 86-165 mph. Heavy winds can rip apart your roof, or at the very least, multiple shingles. During an EF-1 category tornado, mobile homes are in danger because they can be overturned entirely with winds over 80 mph.

Facing an EF-2 or EF-3 tornado in Ohio, you can bet that considerable damage will take place. Typically in EF2/3, large trees will fall, and some may become uprooted entirely. Man cars will be lifted off the ground, and objects in your yard will be flying around like torpedos fired from a submarine.

When an Ohio meteorologist announces that an EF-4 tornado has touched down, you better be prepared. An EF-4 tornado can overturn a train. A train is not a home, but you best believe that it is a high possibility that your home will undergo severe damages. In most cases, once a broken window busts more wind to rush in and create pressure on the interior walls. When there is substantial wind pressure in your home, you can assume that your home roof will blow away.

An EF-5 tornado is the worst or the worst for Beavercreek residents. This is where winds over 200 mph bring incredible damage and devastation. Large objects will be flying through the air as if they are as light as a balloon. Even the strongest constructed homes could be left to nothing. In some cases, these types of tornadoes cause foundations to be cleared.

SERVPRO of East Dayton/Beavercreek has seen it all when it comes to tornado damage. We can estimate all of your roof repairs and help mitigate any damages that may occur. You must have our number saved in your phone to fix any restoration and reconstruction that your home may require. All of our IICRC certified technicians are prepared to use the highest restoration techniques when restoring Beavercreek homes after a tornado.

Give SERVPRO of East Dayton/ Beavercreek a call at (937) 228-3433 for any tornado damage or water removal in Dayton. Let the professionals, like the experts here at SERVPRO, help you.

For more information about Dayton.