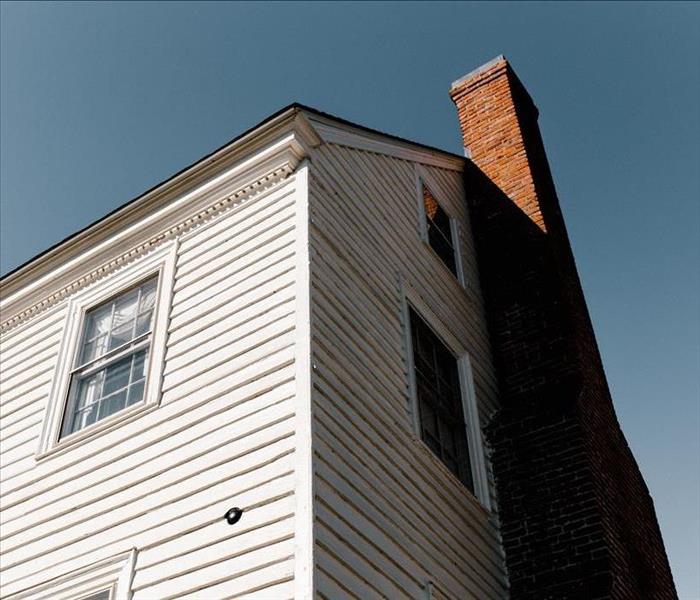 Contact the professionals at SERVPRO when you have chimney fire damage!

Chimney fire damage can be prevented

Chimney fires are a lot more common than most people realize since most chimney fires aren't "full-on" fires that burst out from the top of the chimney and burn the house down. Tiny chimney fires are the most common; they start and then go out on their own but typically result in a damaging cycle for your chimney.

This blog post will discuss how many chimney fires start in Dayton and provide prevention tips to avoid unwanted fire disasters.

How do chimney fires start?

It's far too common for chimney fires to start when debris (nests and leaves) and creosote buildup within the chimney. Burning unseasoned wood, a limited air supply (like failing to open the damper), lower than average chimney temperatures, overloading the firebox are all conditions that promote creosote buildup.

Signs of a dirty chimney

Keeping your chimney clean is the easiest way to avoid chimney fire damage. Burning wood produces creosote, a hazardous and easily flammable byproduct. Creosote buildup on the interior walls of the chimney causes the majority of home chimney fires. Creosote may appear like tar-like texture or crusty and hard.

2) Use fireplace doors and a screen

Before starting a fire, it is best to have both a door and screen installed. Doors and screens will help prevent smoke, hot embers, and carbon monoxide from entering your home.

Professional chimney cleanings will clear the fireplace flue of flammable creosote. However, by burning "clean" flames, you can help keep creosote from forming in the first place. Use seasoned wood that has been drying for at least six months and has a low moisture content.

When you're lighting a fire in your fireplace, leave the damper wide open to minimize creosote buildup.

When loose embers move higher up the flue, debris such as leaves or bird nests may catch fire. Install a chimney cap to prevent unwanted materials from entering the chimney flue.

The chimney cap will also prevent "back puffing," which occurs when escaping smoke re-enters the chimney and then your home.

Lastly, a chimney cap will reduce moisture from entering your home. Water in your chimney can destroy the dampers, liners, and also mortar joints of your chimney. Keep in mind that chimney mold growth is common when there is excess water.

Why are annual inspections so important?

A previous chimney fire, particularly one that went unnoticed, may cause severe damage to your chimney system as well as your home. A damaged or melted roof, heat damage to your walls, ceilings, or structural beams near the chimney are all possible areas for fire damage.

The most damaging outcome of a chimney fire is that it opens paths for carbon monoxide to enter the house and removes the protections that shield the home from future fires. A stray spark or second chimney fire could quickly lead to a house fire if the previous damage is not correctly repaired. So, with that being said, it's always wise to get an annual inspection done to ensure your chimney is ready to be put into use.

The professionals at SERVPRO get many calls a year regarding house fires caused by a chimney. When you call SERVPRO of East Dayton/ Beavercreek, a certified professional will come out and inspect the cause of the chimney fire damage so you can ensure that it doesn't happen again. Following a thorough inspection, we will then perform mitigation and restoration services to clean up and repair the fire damage “Like it never even happened.”

SERVPRO is a renowned company, and it has been serving the Dayton locals since 1967. Our team is fully equipped with state-of-the-art tools and has years of experience in cleaning after smoke damage and restoring chimney fire damage. We offer 24/7 emergency services to our customers, so feel free to contact us anytime!